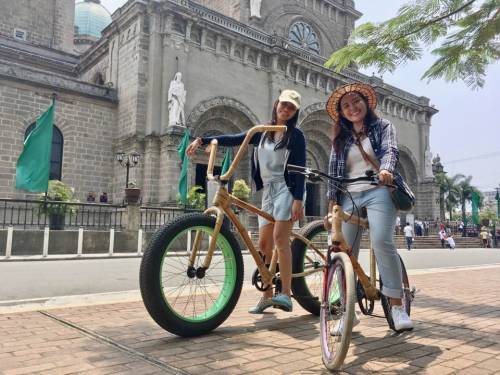 Let me tell you a secret. Aside from my room, Intramuros is one of my favorite places in Metro Manila. It is my secret annex, a go-to place when I need a quick escape from this city’s chaotic and buzzing noises.

Because you know, city life can be a little full on sometimes.

Situated at the heart of the City of Manila, it served an important role in the Philippine history as the first defense unit from foreign invasions -all from Limahong’s attack to the Japanese occupation.

Intramuros has endured a lot from the previous wars yet it didn’t stop there from offering its love to the Filipino people. It has become top-notch tourist attraction in the Philippines and now houses a handful of historical places, churches, museums, educational institutions, government offices, and commercial establishments.

For those who haven’t been to Intramuros before, saddle up as I tell you about my not-so-recent trip to the walled city.

One September night, a friend invited me to go biking with her. I immediately turned down the idea because…who would want to ride a bike on a land filled with reckless drivers? I might be exaggerating (or a f_cking coward) but still, I fear for my life.

My perception was changed when my friend told me that we’ll be riding bamboo bikes through the cobbled streets of Intramuros. But there is one more problem: renting these bambikes, as they call it, is quite expensive. Well, for a cheapskate like me, it is.

Thanks to the Internet, we can book the tour with 50 percent from its original price. Sweet deal!

We made the reservation right away and by the next morning, we found ourselves in an Uber ride going to Plaza San Luis, where Bambike Ecotours Intramuros’ head quarters is located.

Before the tour starts, we were shown a short video presentation about Bambike Revolution Cycles and its partnership with Gawad Kalinga, a non-profit organization that aims to alleviate poverty for millions of Filipino families.

Sorry Bambike guys, I judged you too quickly. I thought you were just an agency that rips off tourists’ pockets for nothing. My bad.

It is a two and a half hour tour inclusive of the bike rental, entrance fees, helmet, a bottled water, and a witty tour guide.

Here is our group ready to pedal on those cute bamboo bicycles.

Luckily, they have plenty of bambikes to choose from that despite arriving a few minutes late, we still manage to pick out the ones that perfectly suit our body types.

My long-legged friend eyed for this beast as I chose the one that isn’t too high so my legs could easily reach the ground in case I lose my balance.

Our first stop is the San Augustine Church, one of the oldest stone church built during the Spanish Colonial era in the Philippines. Sadly, I have no photos of the church’s interior. We were not able to take a peek inside as it is under a renovation. Pun intended.

According to our tour guide, it is the third Augustinian church constructed in that site. The earlier versions were made from bamboo and wood consecutively. But both were destroyed by fire.

I forgot to take a photo of our next stop, the Philippine Presidents’ Gallery, so here is a photo of a horse, just because.

It is mini park that display the faces of, guess what, old Philippine presidents (except for PNoy because they haven’t made one for him yet).

We took this shameless selfie as a sign that we are enjoying the tour regardless of the scorching September sun.

My friend’s extreme biking exhibition while on our way to the moss-covered walls of Puerta Real Garden.

A beautiful garden that was once used exclusively by the Governor-General for state occasions. It is now famous for wedding venues and other occasions of some sort.

Here’s a staged candid photo of me admiring the golf course at Club Intramuros and the DMCI’s Torre De Manila cameo in the Manila skyline.

On our way to Puerta Del Parian, we passed by these little cottages which are replica of old Chinese shops during the Spanish era.

“Parian” was derived from the Malay word Pariyan or Puntahan which means “to go.” Probably because it was once a commercial center during the Spanish occupation.

This area is now nested with a bunch of universities such as Lycuem of the Philippines, Mapua Institute of Technology, and Pamantasan ng Lungsod ng Maynila.

Up next was the Manila Cathedral. We parked our bikes in Plaza Roma to go inside the church.

Aside from its exquisite Romanesque architecture (thanks to my Humanities professor for teaching me how to distinguish different architectural designs, how ironic I couldn’t remember her name anymore), the cathedral is also famous for an urban legend.

It is said that bad luck is drawn to couples who were married here as they will go through separation eventually. Uh oh.

Down to our last stop was the Fort Santiago. It is where our national hero, Jose Rizal, spent the last few nights of his short but well-lived life before a squad of Filipino soldiers fired at him in Bagumbayan (now a park named after him). Yup, you didn’t read it wrong. The Spanish army thought that it was a brilliant idea to have him killed by people from his own race. Brrrrrr.

I still stand by my opinion that Andres Bonifacio should be reigned as our national hero but to be honest, Jose Rizal has one hell of a life journey.

Though, I would not be a smart-ass anymore and will leave the joy of telling more of his story to your future tour guide or to your history professor.

From left to right, the first picture is a part of his vertebra that was hit by a bullet during his execution; in the middle is our incredible tour guide; and the last one is a painting of Rizal in his last day.

After returning the bicycles, we stayed in Plaza San Luis Complex for a bit to check out the souvenir shops and restaurants within the vicinity.

Instramuros is not only rich in culture and history. It is also a perfect place to take Instagrammable photos that will give you a European vibe.

I’ve been to Intramuros several times from a walking tour as part of an elementary field-trip to a calesa ride during a Christmas barkada jaunt-turned-disaster (it was a heck of a tale that I might write in a separate post) but the one with the bambike was the most fun…so far.

If you are longing for a sense of history or just plain tired of going to the malls, why not pay a visit to Intramuros?

Tip: During off-peak season, they usually offer a discounted voucher of the same tour we had in www.metrodeal.com. Goodluck! 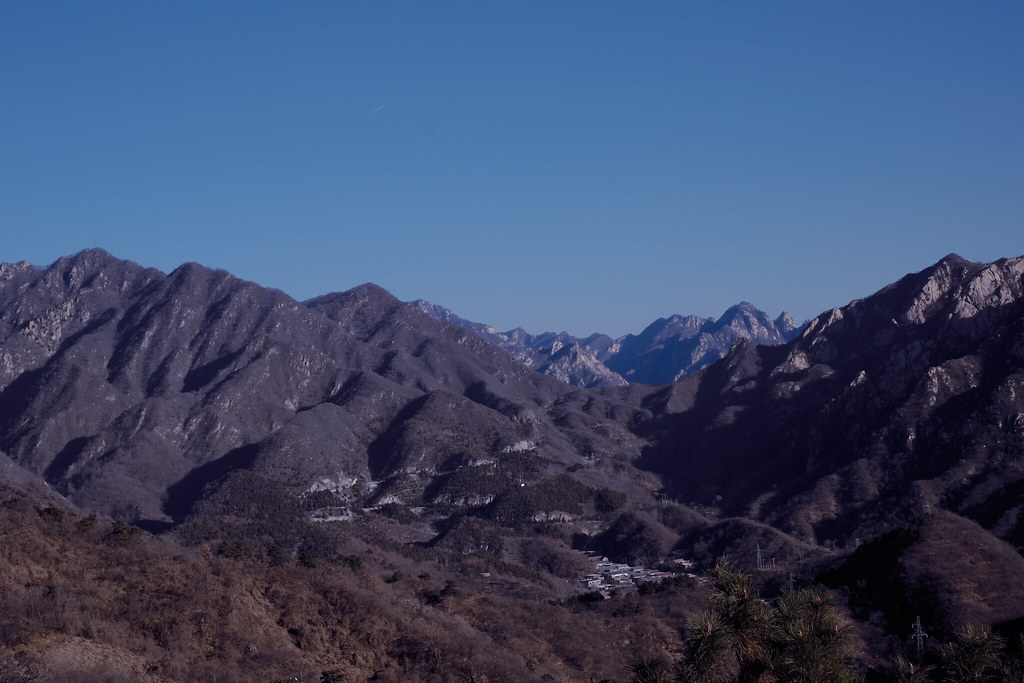 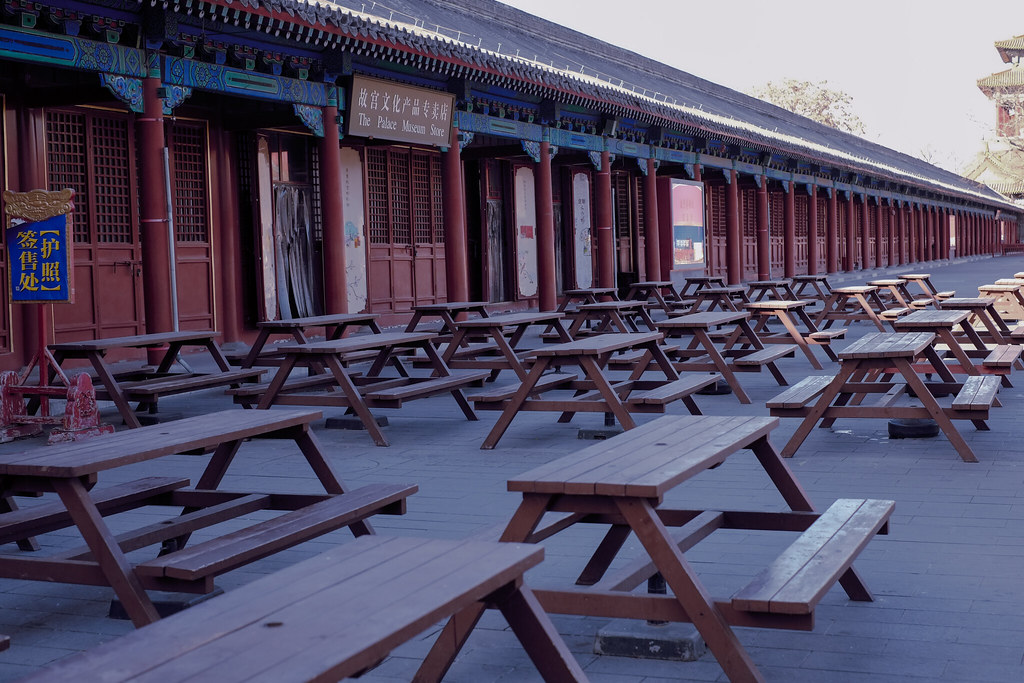